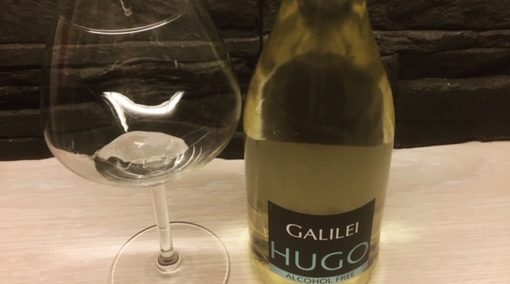 It had crept in a bit. Innocent, casual. Wine while cooking. Add half more while eating. And oh well, we'll do another one on the couch, when the kids are in bed. I can safely say that lately (before this), I have consumed an alcoholic juice every day. And with great pleasure. I enjoyed. The month of December was all too bad. When I think afterwards how many wines were consumed in those weeks… um, let's just say that the food center wouldn't be happy ;-). I saw the IkPas promotion and thought: oh yes, I'm going to do that. Back to alcohol-free for a moment.

And don't get me wrong… I have also been alcohol-free several times in my life. Sure. Three pregnancies to begin with. Times of breastfeeding. Times of flu. Times of-and-around surgery. But that was always alcohol-free for a reason. Never just like that. No, are you mad. In our friends' club, alcohol-free can only mean two things: either you are sick (so what are you actually doing?) or you are pregnant. There is no in between. So yes. When I started to announce in my environment that I was going to participate in 'Dry January' I was often asked: “ooh, are you pregnant?”, to which I eventually started to answer with; “no, these are Christmas kilos, not a pregnancy!” (which is still not too bad with my 54 kilos of body weight 😉 ).

Already at 1/3 of the action. Egg. The first days after New Year's Eve were actually the most difficult for me. And not difficult as in, that I couldn't resist the alcohol, because that doesn't bother me, but more awareness of it. That I suddenly realized how often I now say "no", instead of my normal "yes". shocking. In fact, for the first few days after New Years, I said (out of habit I think) in the fleeting words “yes” a few more times to that cava offered at parties, but then right after it: “oh no, no, no, I'm alcohol-free this month”. And let's be honest: that alcohol-free Hugo also tastes great.

So far I've come to realize that I'm not even really concerned with the alcohol, but with the delicious ritual of it. Take, for example, after a hard day's work: coming home, preparing your dinner, taking a nice glass from the cupboard, taking a cold bottle from the fridge, popping it open… and then pouring your glass. Oh, how sweet. Now I still do that, only with alcohol-free Chardonnay. And guess what? The satisfaction is the same. Only my liver continues to breathe. Pleasant nonetheless.

Anyway. We still have about 17 days to go. Let's see what it will bring me. Let's do this.